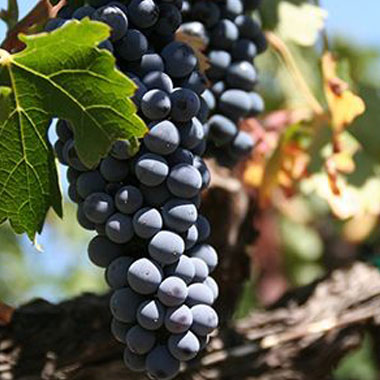 The Nebbiolo grape is a native Piedmont grape and is behind the best Piedmont red wines and some of the best Italian wines, from Barolo to Barbaresco, to Ghemme or Sforzato della Valtellina, all made by Nebbiolo with the latest produced in the near Lombardy.
The name Nebbiolo it is said to derive from “fog”, according to some because of the grapes being covered with abundant bloom, whilst for others because the grape is harvested in late October when the vineyards are surrounded by the morning mists.
Certainly this is the most valuable black grape among Italians. The Nebbiolo is cultivated in the areas around Barolo and Barbaresco (Piedmont) and in Valtellina (Lombardy). It is also grown in other areas, but it does not produce grapes with the same characteristics.There are three major clones of the Nebbiolo grape, Lampia, Michet and Rosé.
Michet gives low yields and expresses very intense aromas and taste, Rosé produces wines of very pale color and is gradually disappearing with the majority of the wine growers preferring to work on a mixture of the three clones, just to give the final product a greater complexity.
The Nebbiolo grape is also widely grown and produced in the nearby Aosta Valley, where it is called Picoutener, while in the Piedmont areas of Boca, Bramaterra, Fara, Gattinara, Ghemme, Lessona and Sizzano it is called Spanna.
The berry is black, medium, round-elliptical, thin but with tough, dark purple, very waxy skin. The bunch is medium-large, elongated pyramidal, winged, rather compact. The Nebbiolo grape has a medium size leaf, pentagonal-orbicular, three-lobed, green matte bottle color and is very demanding in terms of land and sun exposure, with remarkable brightness and not too dry soils.
The Nebbiolo grape is a late ripening one and gives lightly coloured red wine, with floral notes and balsamic notes of liquorice, highly tannic when young, a good alcohol content and acidity, qualities that make it particularly suitable for aging.

Wines made with Nebbiolo